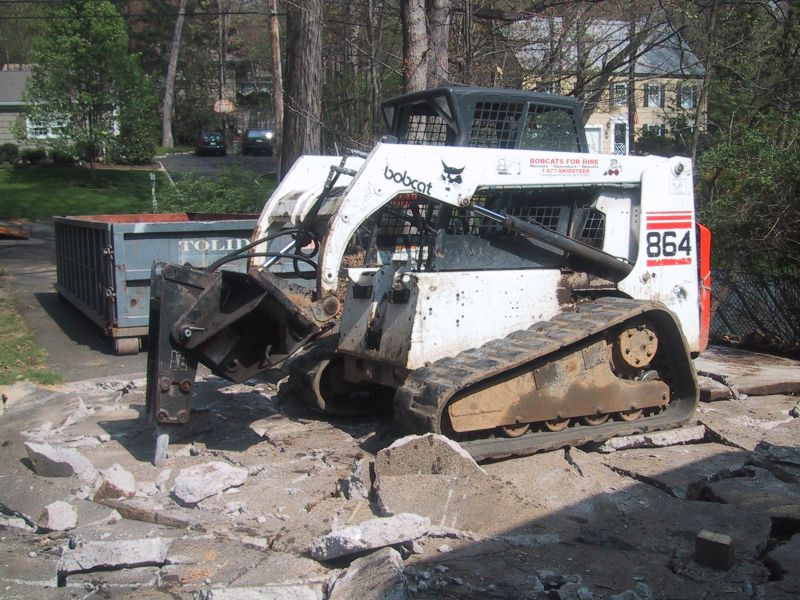 Our remote controlled skid steer loader equipped with a hydraulic hammer is being used to break up a concrete walkway in preparation for a new foundation drain and waterproof membrane. The remote control operation ensures that our equipment can safely manuver to get your job done. This apartment complex required a foundation drain and waterproof membrane to waterproof its buildings. Concrete breaking is part of the process to exposed the foundation walls to waterproof the buildings correctly. This property also benefited from a gravity foundation drain that requires no pumps or electricity to safely move water away from the buildings and its occupants. Concrete demolition is often needed for major construction projects. This house in Montville, NJ sits deep below a steep grade. Our exterior foundation drain will be installed to relieve the hydrostatic pressure buildup that is forcing water to infiltrate the old cinder blocks. A notable feature of this design is that the water will be diverted away from the basement foundation and foundation walls without the need for an interior sump pump or electricity. This home has a true GRAVITY system to take away the water from the basement. No need to worry about power failures, pump failures, or sticking sump pump floats. 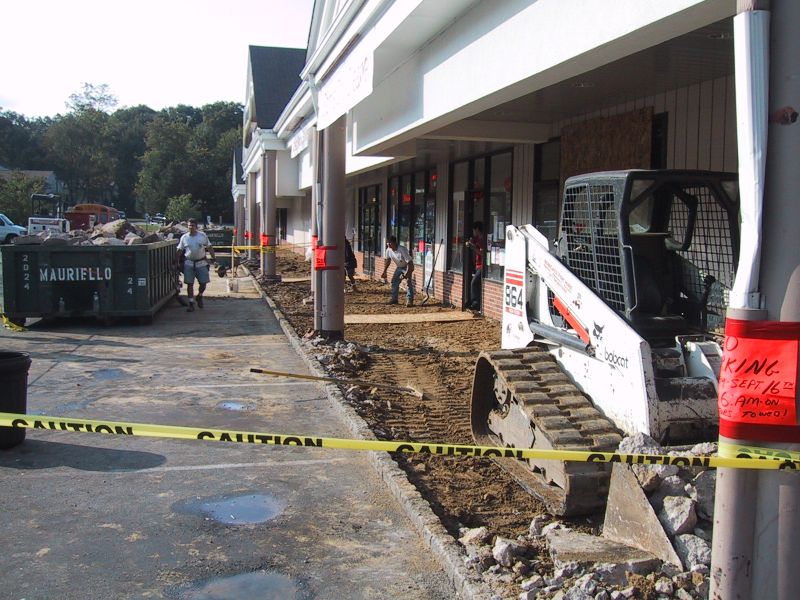 This shopping center in Hopatcong, NJ is being prepared for a new pavingstone walkway as part of routine upgrades. Bobcats for Hire had been chosen to complete this removal project for a number of reasons. One of the reasons certainly was related to our experience in completing this task as quickly as possible while minimizing disruption to the businesses which remained open during the concrete removal. Four twenty cubic yard containers were loaded up and removed in a single day due to our multiple specialized machines and dedicated crew 's efforts. 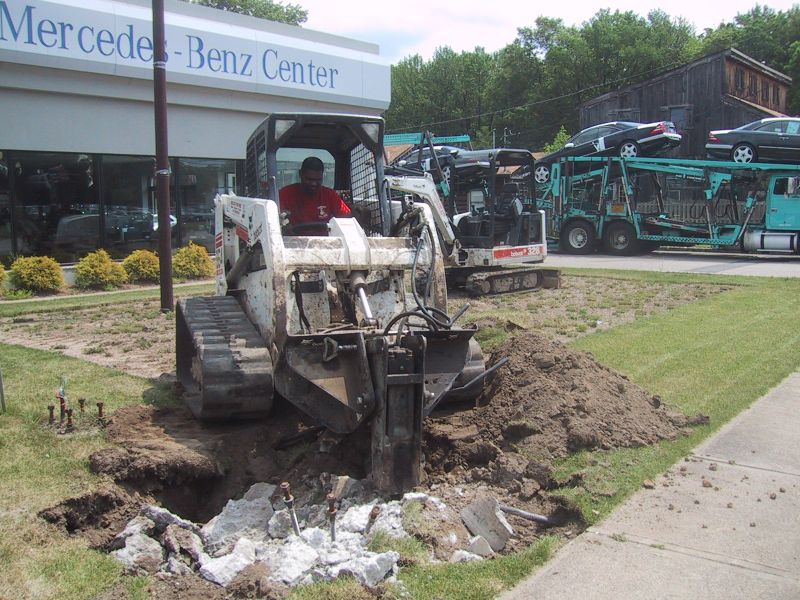 This car dealership is preparing for new signs. Bobcats for Hire had been chosen to complete the site work needed for the new owners which included grading, concrete demolition, and drainage improvements to the site. If your project requires site improvements or earth moving, we have the tools and expertise for your project.

This homeowner was looking to expand a deck into the rear yard hillside. Following drainage improvements to the property, it was discovered that there existed a massive ledge rock formation covering much of the back yard. The project required breaking and moving over one hundred cubic yards of stone in order to proceed with the original plan to expand the deck footprint. The rock was broken up with a breaker attached to a large track excavator. A track loader mounted hydraulic breaker is also being used to break up the ledge rock in precice areas to accommodate the future landscaping wall and steps. Specialized equipment allows for projects to proceed as planned, regardless of the obstacles encountered. If you would like your project to move along as planned, be sure to hire a team that is prepared to handle the unexpected. 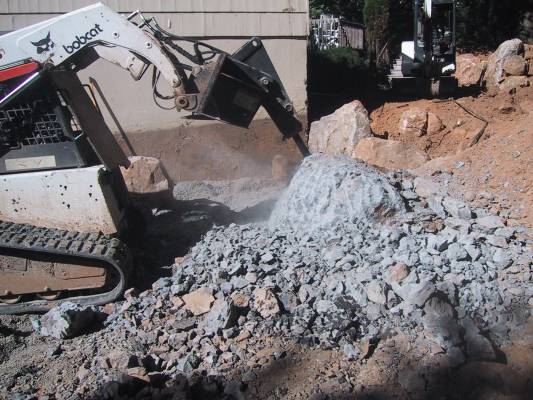 This homeowner was looking to enlarge the driveway when a giant ledge rock was encountered during the excavation. A track loader mounted hydraulic breaker is being used to break up the ledge rock to allow for the excavation to take place. The driveway is later installed in the desired location. Specialized equipment allows for projects to proceed as planned, regardless of the obstacles encountered. If you would like your project to move along as planned, be sure to hire a team that is prepared for the unexpected.

Please use our contact form to inquire about your project, or call the office at (973) 227-2477 to discuss directly.